Later in the afternoon of Friday 25th April 2014, HE Mr Isikeli Mataitoga called on the Chairman of Akita Chamber of Commerce and Industry, Mr Hiroki Miura. Mr Miura is also the President of Akita–Northern Bullets Rugby Football Club, a semi-professional outfit playing in the Japanese Top East League. The Ambassador also mentioned of Governor Satake`s offer and it was agreed that the Embassy will write to the President of Japan Rugby Football union (JRFU), Mr Yoshiro Mori, recommending Akita as a training camp-site for Fiji rugby players to improve their skill-set and build up for the Rugby World Cup tournament in 2019.

The President of Akita–Northern Bullets Rugby Football Club, Mr Hiroki Miura thanked the Ambassador for visiting and for promoting close cooperation ties between Akita and Fiji. He confirmed his full support and assistance on the issues raised, and will also follow-up with JRFU President, Mr Yoshiro Mori. During the encounter the Ambassador also had the opportunity to meet and chat with Fijian rugby players in Akita, especially Mr Setareki Tawake, who signed on for the Northern Bullets as a coach and player, however his role is not only limited to the rugby field. Mr Tawake is also the Rugby Ambassador for the city of Akita and does promotions for the city when it comes to rugby. He also visit schools and conduct training for students who are into rugby. 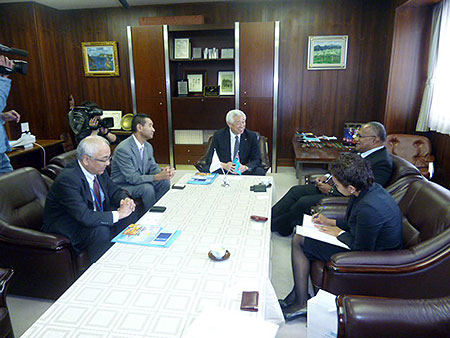 At a meeting with Akita Chamber of Commerce and Industry Chairman, Mr Hiroki Miura 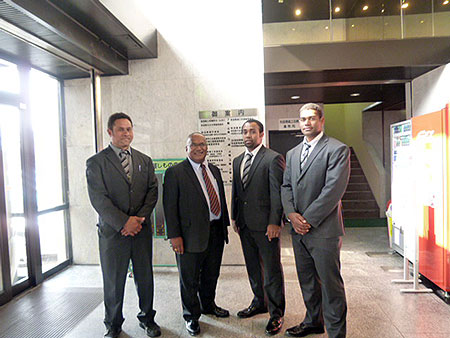