The Forum on Global Health provides a platform for parliamentarians from 30 countries to exchange ideas in promoting action for achieving health targets under the Sustainable Development Goals (2030 SDGs), particularly through accelerating actions in priority issues like NCDs and healthy ageing.

The Hon.Dr.Luveni was in Tokyo, Japan, leading the Fiji Parliamentary delegation to the Asia-Pacific Parliamentary Forum on Global Health, and also took the opportunity to pay a courtesy  call on her counterpart.

The two leaders exchanged comments covering several issues and the role of Parliamentarians in promoting these issues.

Fiji, like all other Pacific and Island countries, has an existential stake in the well-being of our Oceans.

As Fiji counts down to jointly hosting the Oceans Conference in New York from 5-9 June, 2017, we urge everyone’s support towards this very important Conference. 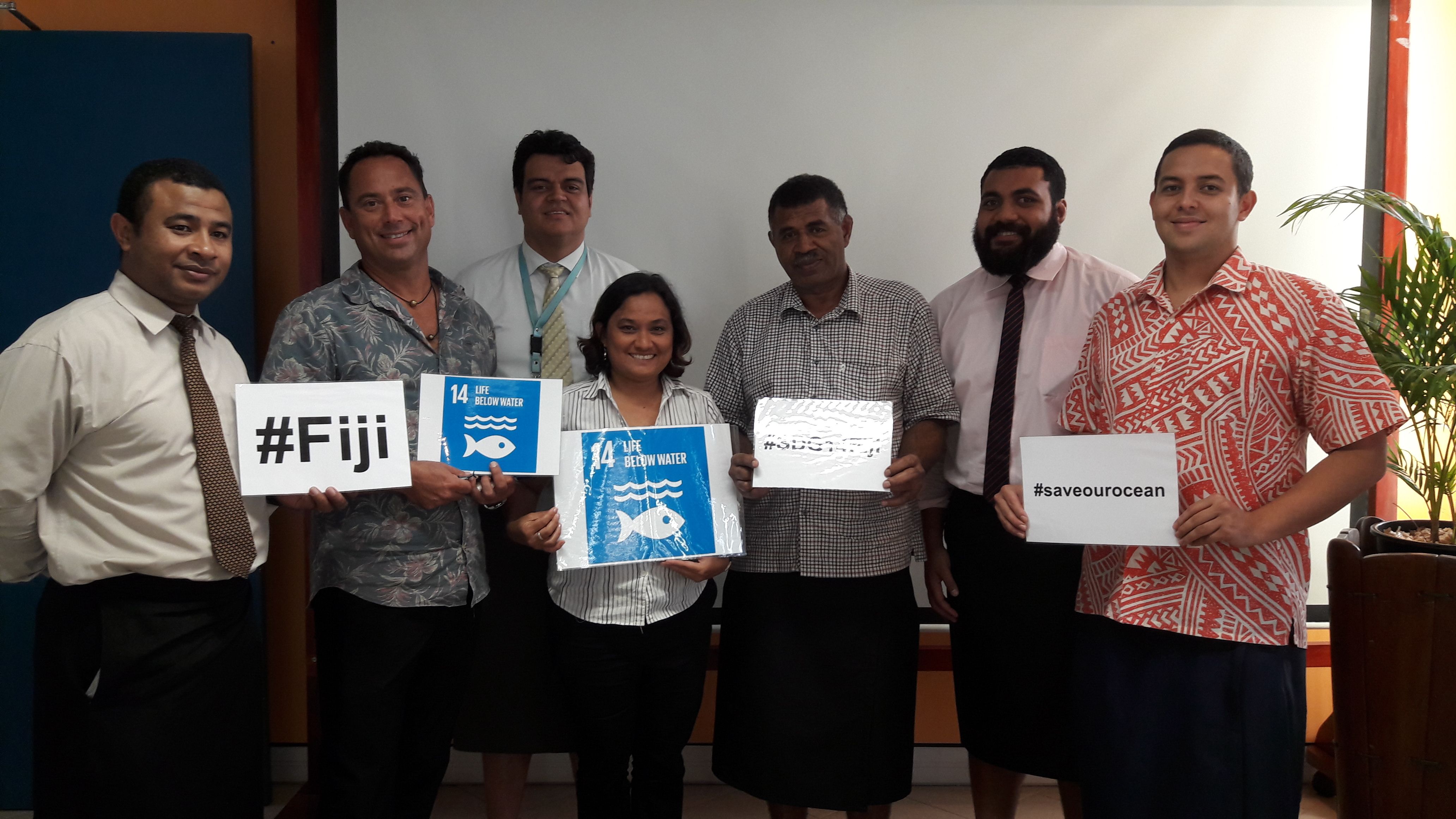 Help us safeguard our Oceans and Seas! 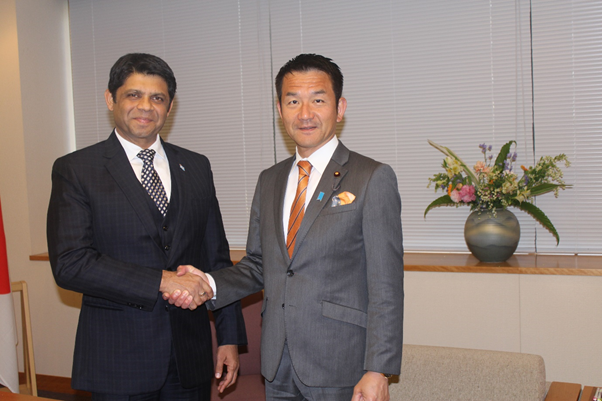 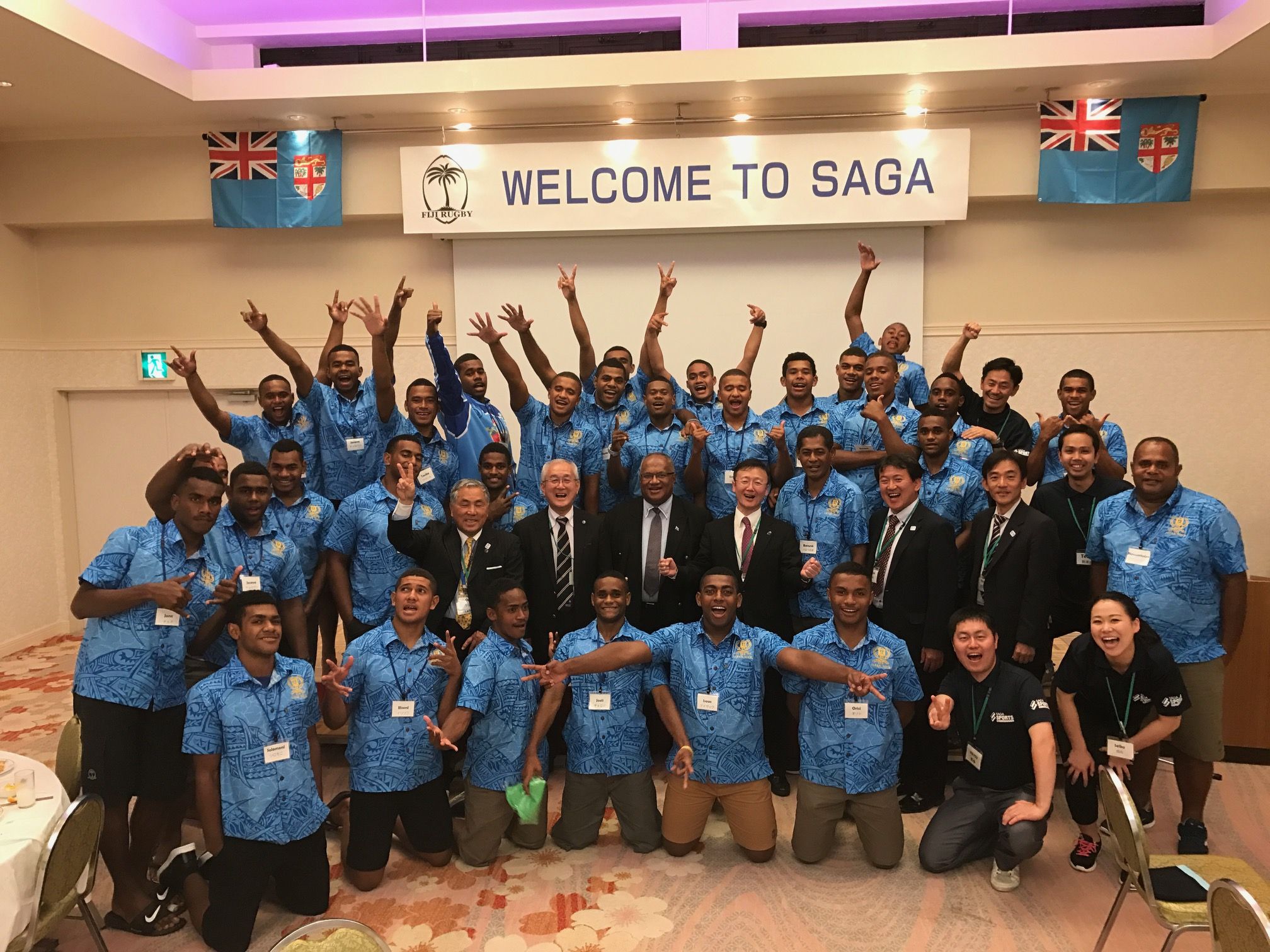 The QVS U18 Rugby Team was welcomed at Saga City by Governor Yamaguchi and Mayor Sato, and later hosted by the two Prefectural Officials to a welcome dinner on Monday 24 April 2017. The team was representing Fiji at the Sanix World Youth Rugby Tournament that was held in Fukuoka, Japan from 28 April to 5 May 2017. This is the second year that a Team from Fiji, and QVS for that matter, have been invited to the tournament.

In January this year the Governor of Saga Prefecture, Japan, Mr Yoshinori YAMAGUCHI and a delegation of senior officials from Saga visited QVS to see first-hand the rehabilitation work at the school after the devastation of TC Winston in February 2016.

The QVS Group was made up of 30 student players and 4 officials, led by school Principal, Mr Seru Banuve.

The Saga Prefectural Government hosted the QVS team for one week prior to the commencement of the Sanix World Youth Rugby Tournament in Fukuoka, allowing the team to acclimatize, at the same time participate in cultural exchanges with Saga Schools and communities.

The exchange is part of the program that the Fiji Embassy in Japan has been developing with a few Japanese Prefectures, as part of the Sports/Cultural Diplomacy in the lead up to the 2019 WRC in Japan and 2020 Tokyo Olympics. 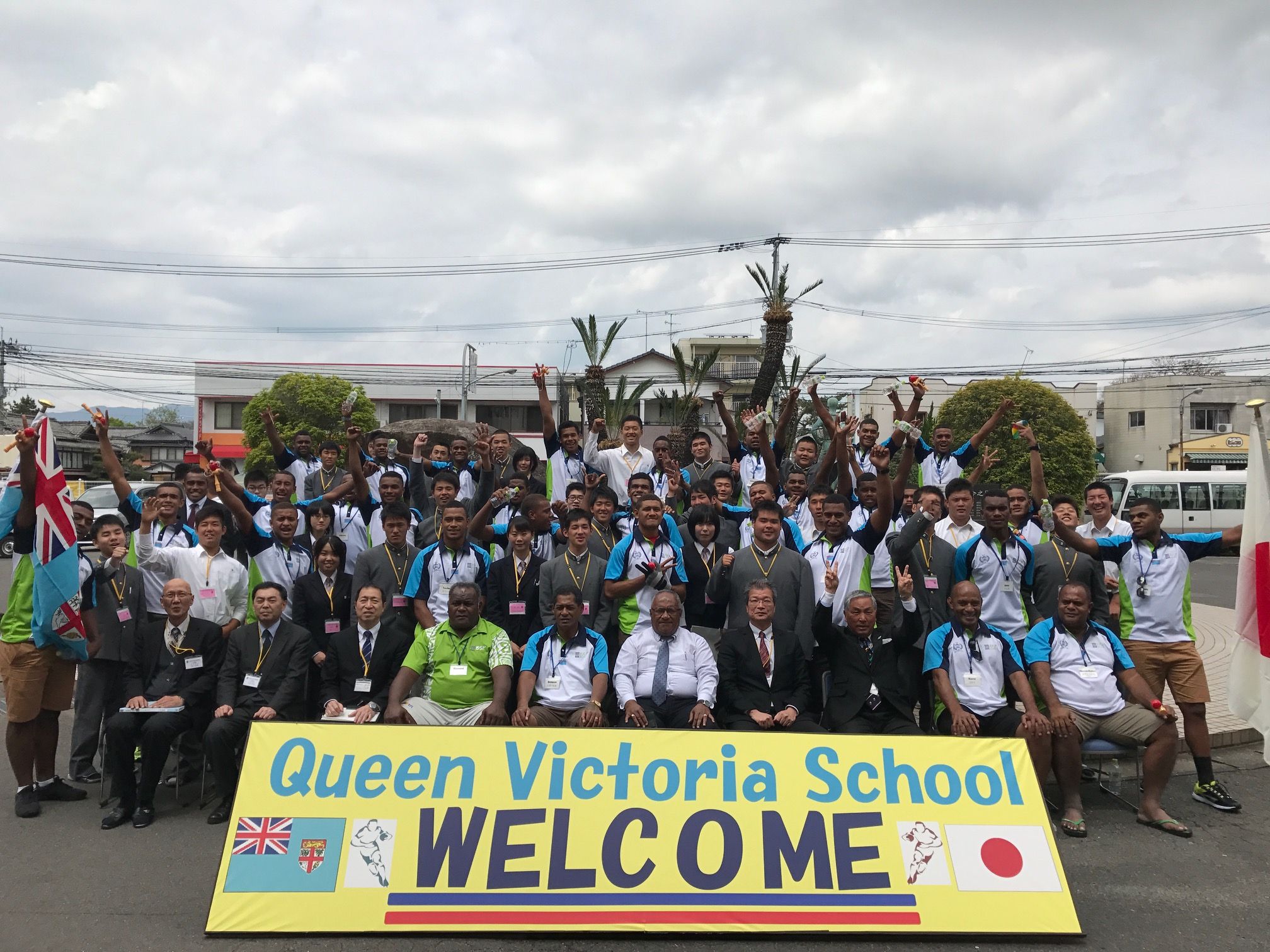 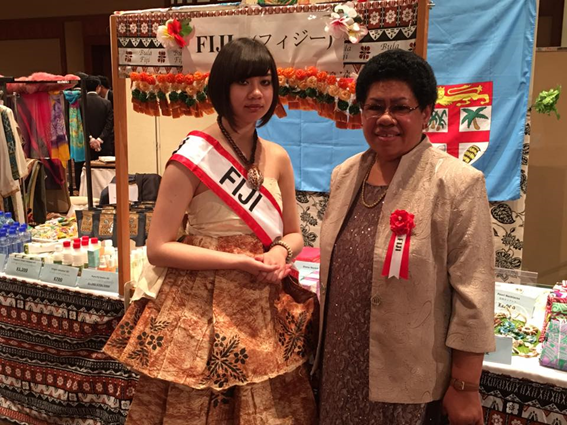 The Asia-Pacific Ladies Friendship Society (ALFS) comprising of spouses of Ambassadors from Asia-Pacific countries based in Tokyo and the Japanese ladies hosted its annual “Charity Bazaar” at the ANA Inter-Continental Hotel, Tokyo on Wednesday, 19th April 2017. The event was officiated by HIH Princess Hanako Hitachi. With 23 member countries from the Asia Pacific region and a general membership of over 300, the bazaar provided a good opportunity for the public to witness the fruit and efforts of diplomatic and Japanese members of ALFS working together. Proceeds from the charity event are shared amongst participating countries for charitable assistance in their home countries. 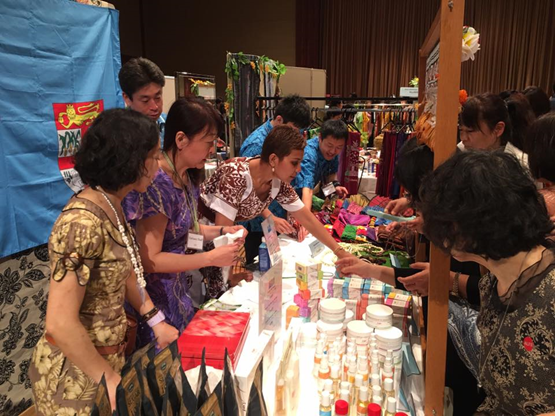 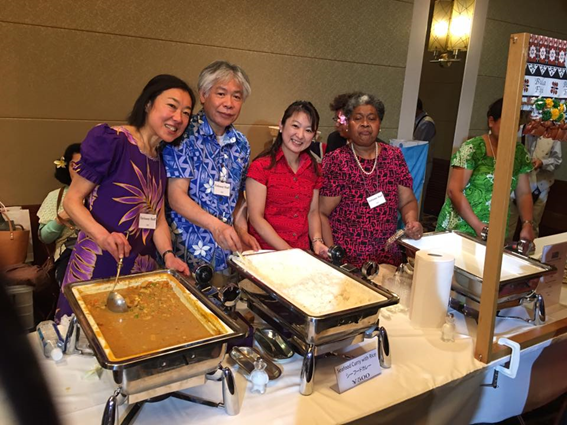 The yearly occasion remains as a tremendous opportunity to market Fiji in terms of tradable commodities and Fiji as a tourist destination. The Embassy is truly grateful for the assistance from Fiji friends who volunteered to assist at the Fiji booths and all to those that purchased the FET – ALFS Charity Bazaar 2017 Door and Raffle tickets. The four-hour event was enjoyed by everyone who attended. 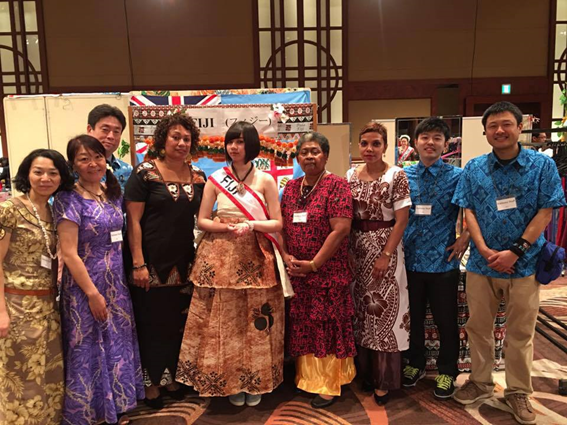 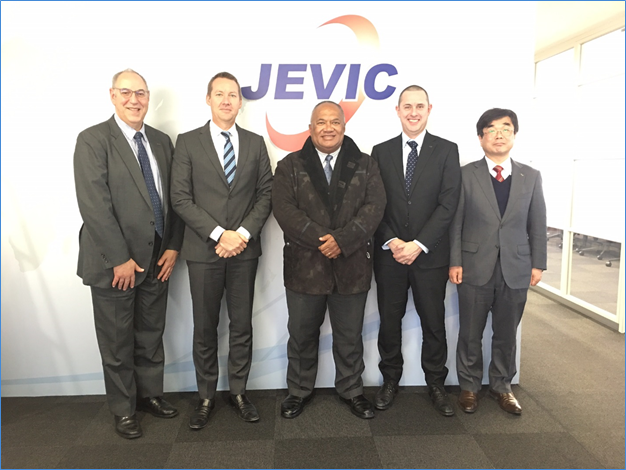 JEVIC is a Japanese-registered company whose business activities include pre-shipment inspection and certification of cargo. JEVIC services are primarily for used-vehicle inspection and extend to vessels, containers and new vehicles, and they provide independent pre-shipment inspections, surveys, verification` and certifications. JEVIC currently inspect/certifies all used vehicles currently being imported into Fiji from Japan.

The visit was an opportunity for the FET to see first hand the inspection site and procedures undertaken for each vehicle that undergoes inspection and certification for shipment to Fiji. 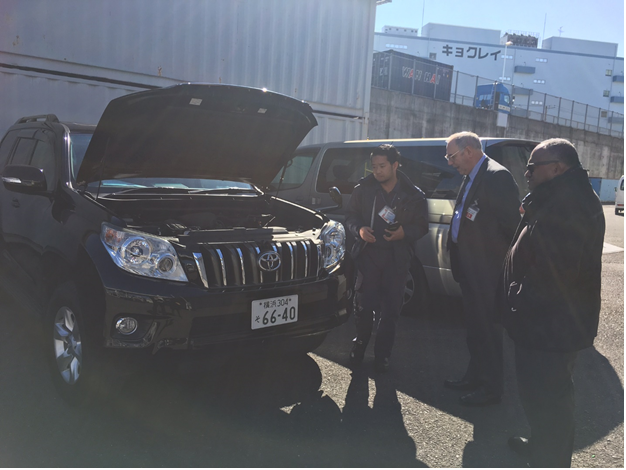 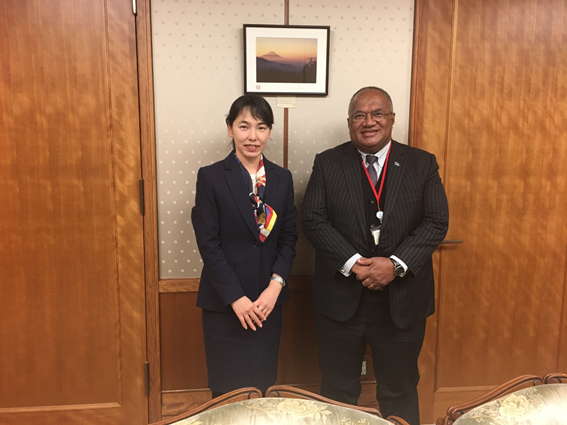 HE Mr Isikeli Mataitoga met with the Director of the International Policy Division (IPD), Ministry of Defense (MOD), Japan, Ms Mitsuko Hayashi on Wednesday, 8th February 2017, at the MoD HQ.

The meeting discussed and looked at ways to diversify defence cooperation between Fiji and Japan.

Fiji’s Ambassador to Japan HE Isikeli Mataitoga visited the Navuso Agricultural Technical Institute on Friday 27th January, 2017, and boosted the morale of the students after handing over a donation of $10,000.

The donated funds was raised by his mission in Tokyo spearheaded by Madame Venina Mataitoga.

HE Mataitoga informed that his Mission is looking at other ways to assist the Institute. He also mentioned that he is in discussions with the relevant government agencies in Japan to bring volunteers to the Institute to assist the teaching staff especially in imparting the technical know-how that Japan is renowned for.

Ambassador Mataitoga challenged the 50 students who would be Fiji’s future farmers to believe in themselves. He emphasized on the need to trust in God in everything as well as the importance of helping others. Ambassador Mataitoga said that was the first of the much assistance they would be doing for the institute.

HE Mataitoga handing over the cheque to Navuso Agricultural Institute officials.

Former principal Reverend Malakai Tuikadavu thanked Ambassador Mataitoga and his mission for the much needed assistance. He said the Institute which belong to the Methodist Church of Fiji cater for students from all over Fiji. Navuso’s core objective is to train farmers and the Institute offers courses which will help those students achieve that.