In yet another milestone development, the Fiji Embassy Tokyo, on the eve of 19th of January 2016, successfully commissioned Mrs Mami Kawamura as Fiji’s Honorary Consul in Beppu City, Oita Prefecture in the Kyushu region, Japan. 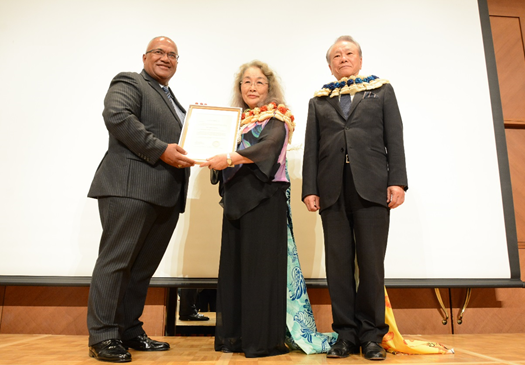 The inauguration event was marked by the official handing over of the Consular Commission that was signed by Fiji’s Minister for Foreign Affairs, Ratu Inoke Kubuabola, by His Excellency Isikeli Mataitoga, Ambassador Extraordinary and Plenipotentiary to Mrs Mami Kawamura.

Ambassador Mataitoga congratulated Mrs Kawamura on behalf of the Government of Fiji for accepting the appointment, and expressed profound gratitude for her for her integrity and industry.

The opening of the Honorary Consul underscore Fiji’s long standing policy in establishing and maintaining friendly relations with countries that have demonstrated genuine goodwill towards Fiji, using it to widen and deepen Fiji’s diplomatic footprint in an important region of Japan. It is also a reflection of the goodwill enjoyed between Japan and Fiji since 1970 in the promotion of economic, commercial and people-to-people relations between the two countries. 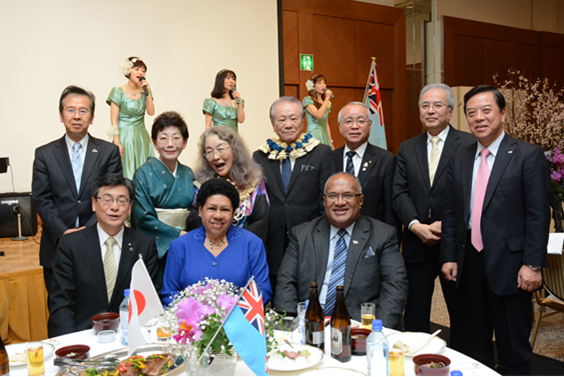 Ambassador Mataitoga stressed on the growth in the number of Fijian students studying in Ritsumeikai Asia Pacific University (APU), to which we now have 14 Fijian students in Beppu alone compared to 1 student four years ago.  This is apart from the 16 Fijian students that are currently pursuing studies in graduate schools and specialized programs throughout Japan, under the Japanese Government (Monbukagakusho) Scholarship program.  indeed, a major development in Fiji/Japan relations.

With the establishment of the new Honorary Consul`s Office in Beppu, Ambassador Mataitoga is confident that Fiji stands to gain much more from deepening its tourism, trade, and investment promotion in not only Oita but throughout the Kyushu region.  The presence of the new Consulate office is anticipated to also promote greater public diplomacy in the form of tourism, school and people to people exchanges and further boost economic and trade cooperation between Fiji and the people of Oita.

The Fiji Consulate office in Oita is expected to serve as an excellent outpost to launch and promote Fiji in the Southern part of Japan.

Fiji now has two Honorary Consuls and an Honorary Consul General in Japan, located in three different Prefectures. Ambassador Mataitoga in keeping with his vision intends to set up similar arrangements in other regions of Japan.

Before the Commissioning Ceremony for the Honorary Consul, Ambassador Mataitoga and diplomatic staff from the Embassy held a Trade & Investment Seminar, in which 51 members of the Oita Chamber of Commerce & Industry was represented. This another major step in promotion Fijian made products in an important and growing region of Japan.

The 200 invited guests enjoying the tuiboto