On Monday, 23rd February, Counsellor Korovou convened a meeting with Mr. Jason Anasarias the Assistant Director for Asian and Pacific Affairs of the Department of Foreign Affairs Philippine and Ms. Lyza Viejo to follow up on certain bilateral concerns that were discussed at their meeting of October 2013 in Manila with the object to deepen the two countries bilateral relation. The focal issues of discussion encompassed the Fiji/Philippines DCA which is yet to be to ratified; the Fiji/Philippine Coconut Authority MOU; Fiji’s Minister for Foreign Affairs visit to Philippines; and establishment of a Joint Council Bilateral Cooperation (JCBC) or Senior Officials Meetings as the ideal mechanism for periodical follow-up to Ministerial meetings. 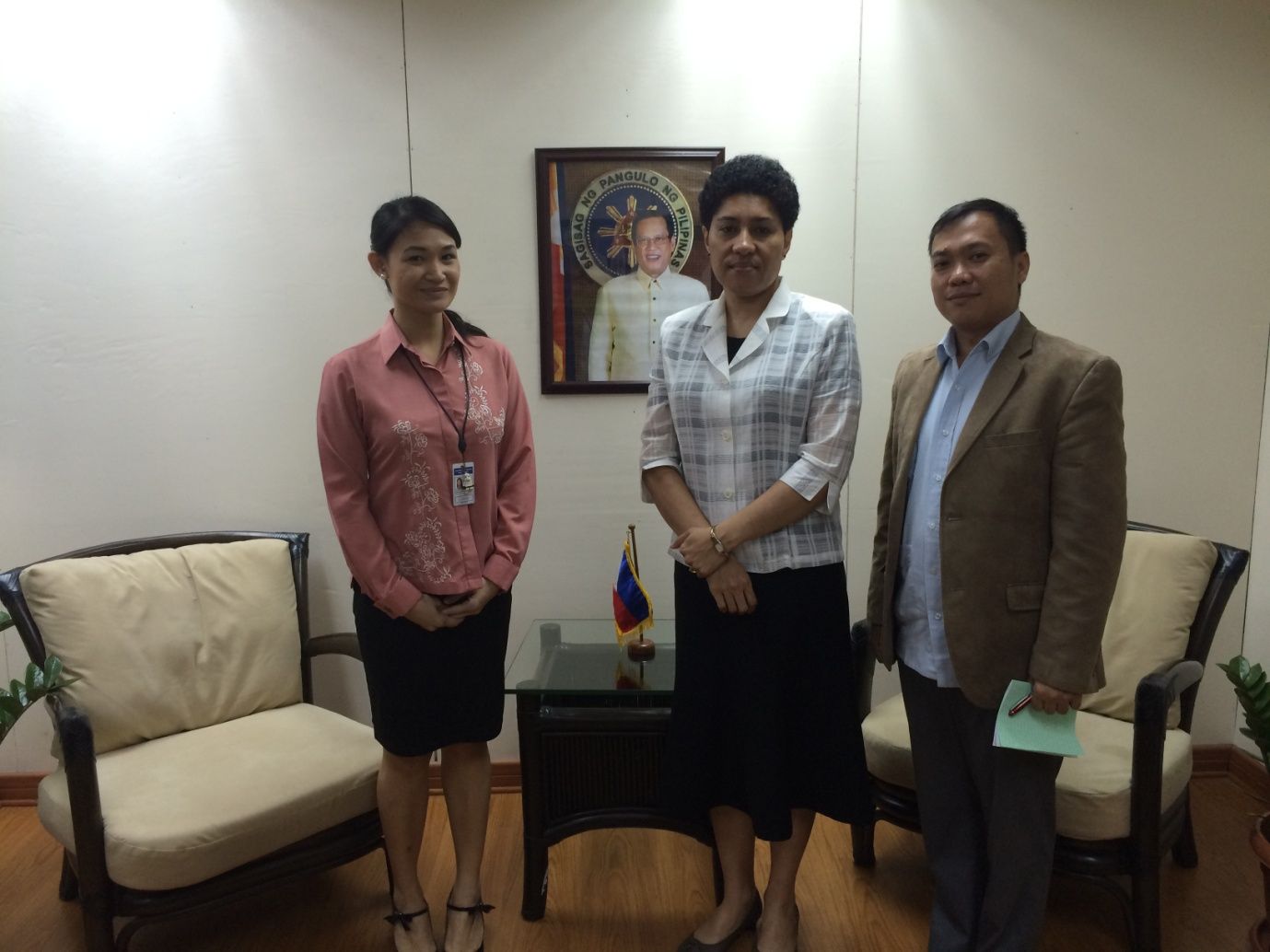 A progressive update on the Fiji/Philippines Bilateral DCA was provided by both parties in which it was noted that the Fijian Government would soon complete its emendation of the DCA text including response to comments by the Philippine Government, for the latter’s consideration. Counsellor Korovou underscored the aspiration to have the DCA ratified by both the Ministers’ for Foreign Affairs during the Ministerial visit of Honourable Ratu Inoke Kubuabola to Manila tentatively in the 2nd or 3rd  Quarter of 2015. Mr. Anasarias concurred with the signing timeline and also informed that the DCA text would be finalised in next to no time by their Government . Follow up on pending MOUs and initiated bilateral Agreements would be effected by both parties with progressive updates. On the Ministerial visit, Mr. Anasarias informed that the Philippine Government would await the advice of the Fiji Government via a Note Verbale to progress all needful. Also, both parties concurred with the proposition to incorporate as an agenda of the Ministerial dialogue the establishment of a Senior Officials or Joint Council Bilateral Cooperation as a follow-up mechanism to the Ministers’ meetings.

Progress on the trilateral cooperation arrangement of which the Philippine Government is pursuing as means to assist Pacific Island Countries in the frame of its Foreign Policy objectives and underpinning the South-South Cooperation was deliberated . Necessary external interventions inclusive of  appropriate undertakings by each concerned nation state was noted as fundamental to propel the cooperation. Dialogue with relevant agencies in this regard was also mentioned to impel this regional initiative. In closure, both parties underlined the need to fast-track the timely completion of the DCA as well as the requirements to progress the scheduled Ministerial visit.