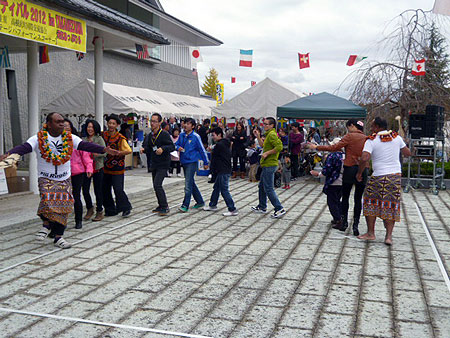 Led by the Fiji Embassy Tokyo, Fiji’s participation included a booth for promotion of Fiji food and handicraft products, and performances of Fijian cultural items such as “meke”, “taralala” and Fijian hymn songs. The Embassy also took advantage of the opportunity and introduce on Fiji`s basic information. It was a tremendous opportunity to further promote people to people exchanges and to showcase glimpses of the Fiji hospitality and the genuine culture that Fiji and its people are renowned for.

Following the event, Takanezawa Town Council hosted a lunch as well as tea party as a token of appreciation to all participants from respective countries. 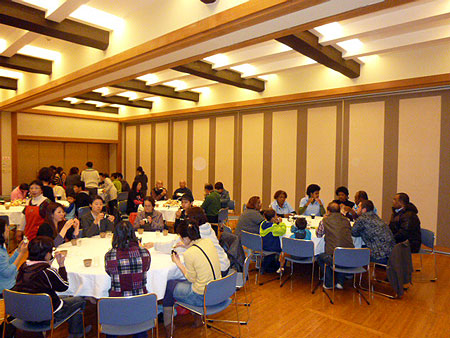 The Embassy remains optimistic on further strengthening relations with Takanezawa as part of our efforts to build up people to people contacts with Japan through the medium of sister relations between cities and towns in Japan with those in Fiji. 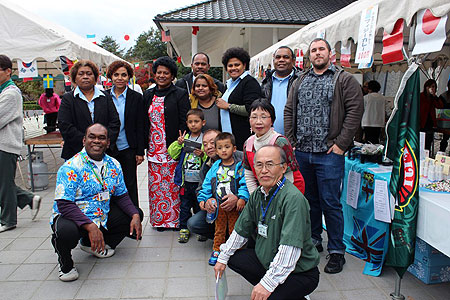 FET Staff with TTC Staff & Friends and families of Fiji 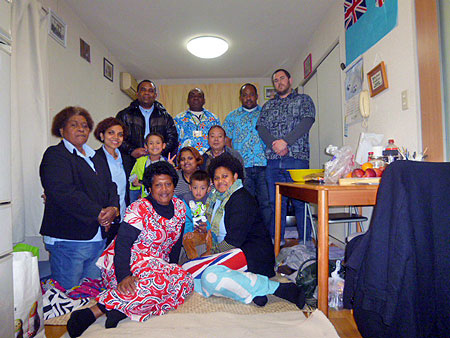 Following the event, a short-break at Master Leone and Master Waisea Home in Hoshakuji, Takanezawa Town