Ratu Kadavulevu School, Fiji, today signed a Memorandum of Understanding (MOU) with the Oita Maizuru High School, Japan, on the promotion of people-to-people exchanges, education, sports, and cultural exchanges on the basis of reciprocity and mutual benefit of both schools.

The relationship between RKS and Oita dates back to August 2017, when the RKS U17 Rugby Team was invited for a one-week tour to Oita, which included a friendly match with selected Oita Senior High rugby players. RKS secured an invitation to the City of Oita after winning the U16 grade during the Deans Trophy competition in 2016. The same team went on to win the SANIX World Rugby Youth Exchange Tournament 2018 in Fukuoka, Japan.

Signing on behalf of Ratu Kadavulevu School, Principal Ilaisa Tukana Waqalala said the MOU is the first of its kind to be established with an overseas school. He also expressed his sincere gratitude to everyone for allowing RKS to be part of the MOU signing. “This is a great achievement for us,” he said.

The MOU would also contribute to the enhanced level of sports and rugby programs in the two respective schools through the development of activities and exchanges.

Mr. Keiji Kubota, Principal of Oita Maizuru High School in signing the MOU, stressed that this would be a means for building friendly ties and more collaboration and hoped that it would create further development between our two countries. The school is also grateful to be able to receive students from Fiji.

Under the MOU, RKS and Maizuru will promote and strengthen technical assistance in developing people-to-people exchanges, education, sports, and cultural exchange activities. The first 2(two) students from RKS are expected to arrive in Japan for the April 2023 school intake.

Chargé d’Affaires Kelera Savu also took the opportunity to express sincere gratitude to everyone whose dedication and efforts have contributed to the finalization of this MOU. She stressed how the MOU commits us to work together more closely towards our common goal, the pursuit of further strengthening people-to-people exchanges under the PALM process.

Following the ceremony, Chargé d’Affaires Savu briefed Mr. Waqalala on the work carried out by the Fiji Embassy in Tokyo, especially in people-to-people exchanges, education, sports, and culture collaboration with Oita Prefecture, City of Oita and Oita Tomei High School. It is noted that through the assistance of the Fiji Embassy in Tokyo, Oita Tomei High School, Japan, brings in 2(two) students every two years to undertake a three-year high school study, which also includes people-to-people exchanges and sports. 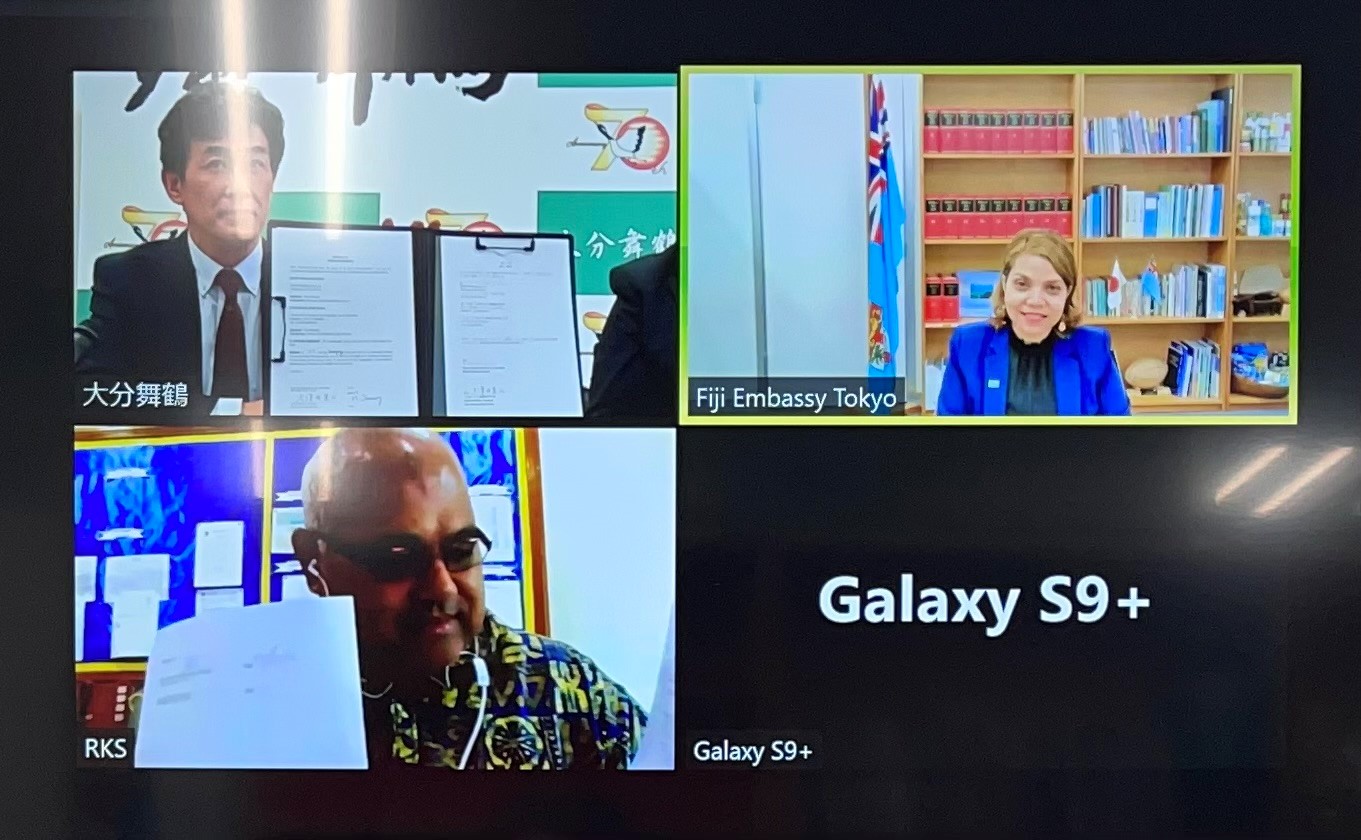 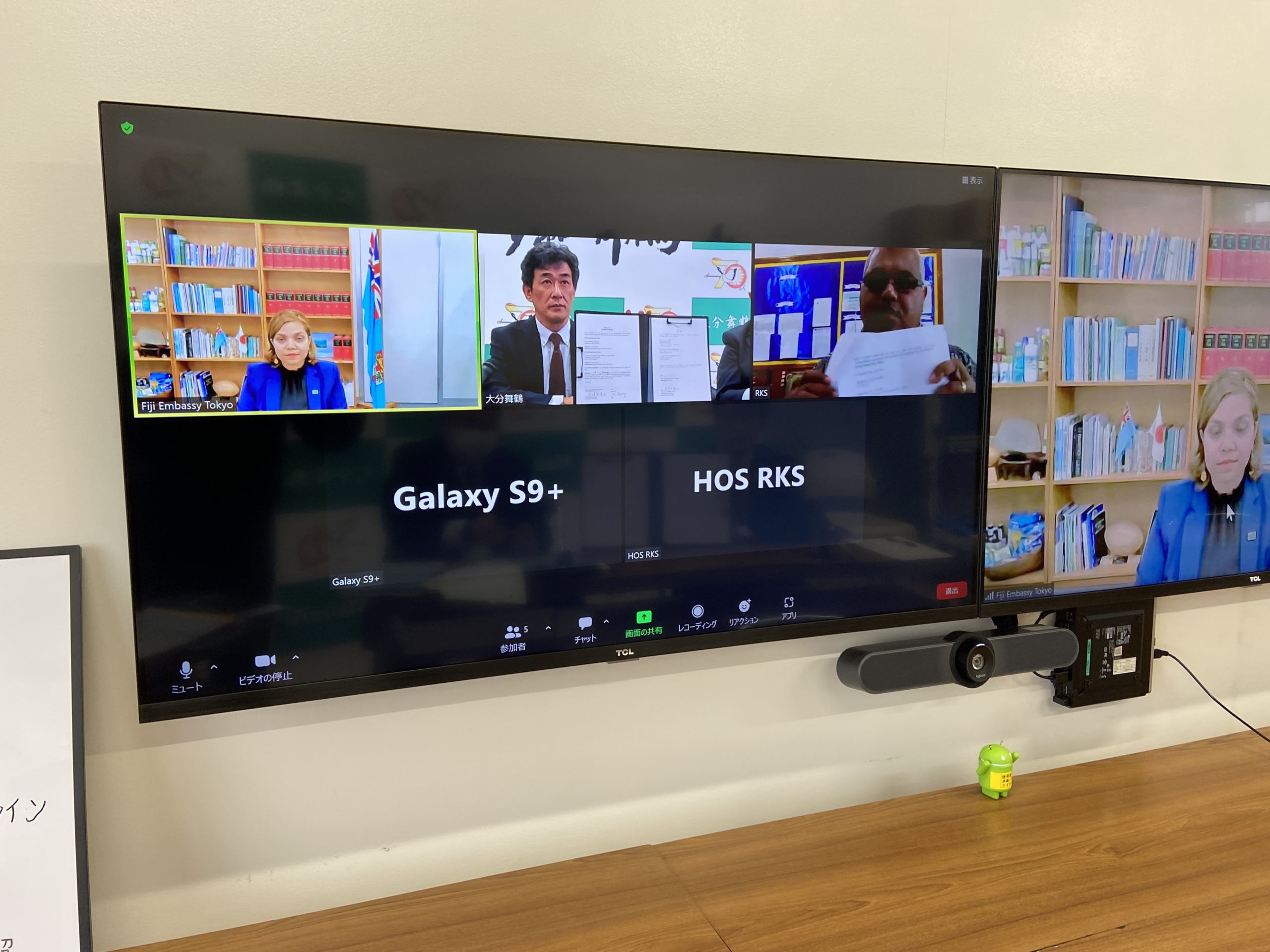 Merry Christmas and a Happy New Year
Scroll to top