Envoys of the Pacific Island Countries (PICs) on Friday, 10th June, travelled to Beppu City and Oita City in the Kyushu region (South of Japan) for a two day conference organised by the Asia Pacific University (APU) Oceania Students Association as part of the week long Oceania programme. The FET was represented by Counsellor Korovou in her capacity as the Charge’ d’ Affaires. 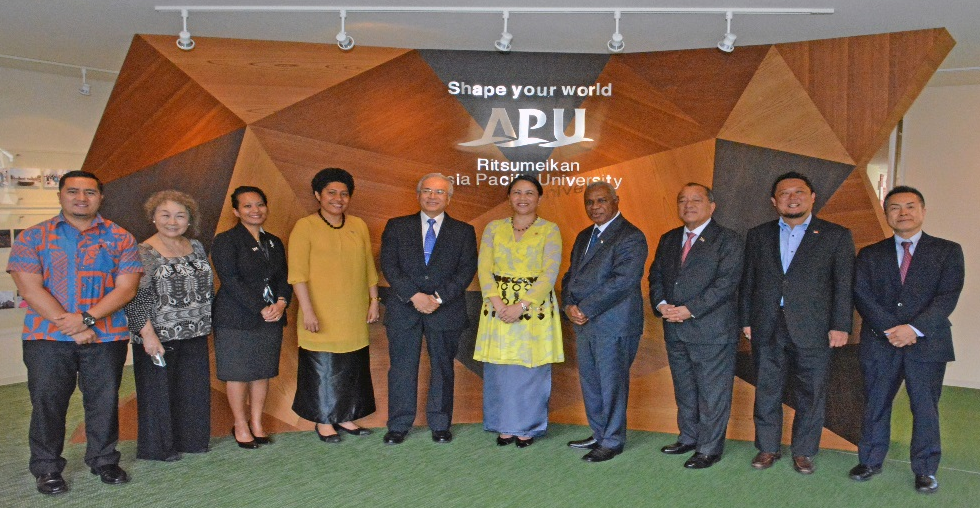 The two-day Conference featured discussions and exchange of views by PIC’s Embassy representatives on the theme of Climate Change, and was also aimed at promoting the the Pacific to the APU and Oita community at large.

This was an enriching experience for the audience, majority of whom were APU students and academia. The space allowed the PIC envoys to share information and encounters on Climate Change impacts in the region based on experiences of individual island state. The discussions also spanned issues on women in diplomacy, life of a diplomat, labour migration, and ODA in the context of climate change.

Performance by the APU PICs students