Representing 16 countries from across the Asia-Pacific region, over 45 green policy makers, businessmen and representatives of associations and academia responsible for promoting green technology, green business and eco-products and services converged in Tokyo from 10-12 December 2014 as part of the Asia Environment and Economic Forum. Facilitated by the Asian Productivity Organization [APO], the seminar was a special project funded by the Ministry of Foreign Affairs in Japan. His Excellency Ambassador Isikeli Mataitoga and First Secretary Jovesa Vocea attended the first day of the three days programme that was held at Hotel Nikko in Tokyo, Japan. 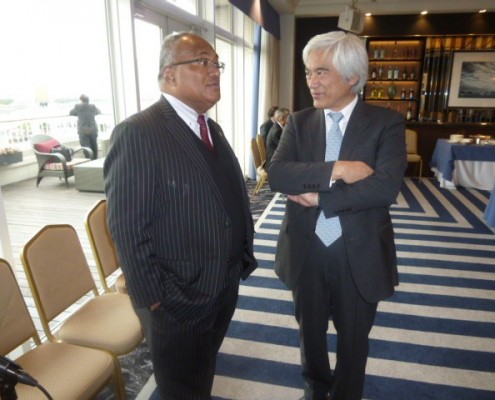 In delivering the welcome remarks, the Secretary General of APO, Mr. Mari Amano alluded to the objective of the seminar which was to share best practices in green policy and business from Japan and establish potential collaborations among APO delegates and local participants. SG Amano also highlighted that APO has been promoting Green Productivity [GP] in the Asia-Pacific region since 1994. He mentioned that GP measures that had been undertaken included numerous demonstration projects, international and regional forums, workshops and seminars as such held in member countries over the past decade.

An important topic titled “Impact of Climate Change and Policy Initiatives” was delivered by Mr. Dinesh Singh, Additional Secretary, Ministry of Statistics and Programme Implementation, Government of India. His presentation was divided into four parts in an effort to explain the Impact of Climate Change and Policy Initiatives in an objective and simple manner. Part 1 focused mainly on the overview and the meaning of important terminologies relating to the subject matter. Part 2 articulated on the salient details of the Major International Initiatives such as the UNFCC Convention-Kyoto Protocol-Bali Road Map-Cancun Agreements-Durban Outcomes-Doha Climate Gateway and Warsaw Outcomes. 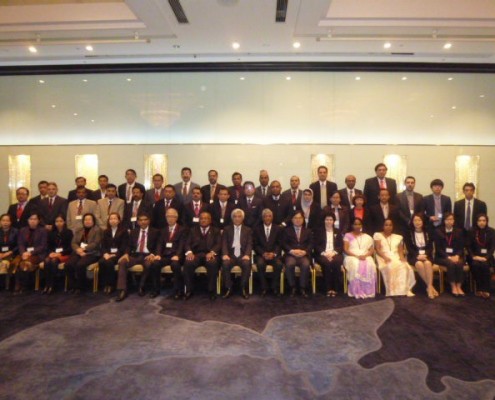 Ambassador Mataitoga and FS Vocea with officials and participants

The subject of “Green Productivity, Green Economic Growth and Sustainable Society” was presented Mr. Ryoichi Yamamoto, Specially Appointed Professor at Tokyo Coty University. He reminded participants that we are living in the “Anthropocene Age” where the earth is at the tipping point. Green Productivity has been pushing eco design, green-manufacturing and environmental management. Last but not the least, Green Economic Growth should be made within the doughnut [planetary and social boundaries] while Sustainable Public Procurement will play an essentially important role in Green Growth.