As the designated diplomat for the Fiji-Philippines relations at the Fiji Embassy in Tokyo, Counsellor Julia Korovou visited the Philippines from 20th to 24th October 2014 to undertake a series of meetings and interactions with government stakeholders and business community with the view to establish contacts and to strengthen diplomatic and economic relations, consistent with the Government’s Look North Policy and its Foreign Policy objectives. 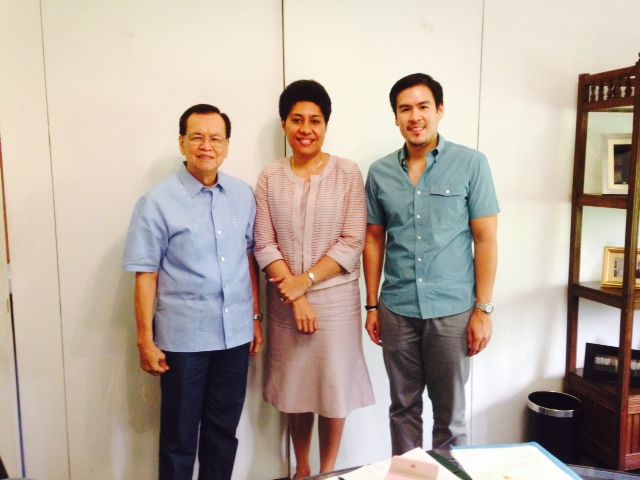 The programme commenced with an audience with Fiji’s Honorary Consul in Philippines, Mr. Jesus M. Pineda and his Executive Vice President, Mr. Juan Carlos Pineda, on Tuesday 21st October. At the outset Counsellor Korovou expressed her gratitude for the generous assistance and cooperation rendered by the Honorary Consul in organising the requested meetings and for the logistic arrangements, followed by an update on Fiji’s successful general election. The meeting deliberated on the cooperation prospects between the two countries and bilateral issues currently in progress which require due follow-ups and follow-through. Such are the Fiji/Philippines Bilateral Development Cooperation Agreement, the ratification of the three (3) MOUs between Fiji and the Philippines Coconut Authority, Fiji and IRRI, Fiji and the University of Philippines Las Banos. Also discussed were means in which FET could expand Fiji’s diplomacy and profile in Philippines by way of courtesy visits and calls on Provincial Governors and City Mayors including business community and civil society.

Conversation on the economic front encompassed the distribution of Fiji’s tax breaks and tourism information, the proposed Fiji Business and Tourism Seminar tentatively scheduled for January 2015, and the business opportunities that prevail in Fiji as well as in the Philippines. As such business interests in the fields of appliances, food manufacture and power in Fiji were expressed by Mr. Juan Pineda. HC Pineda thus advised that he and his family would visit Fiji in March 2015 to explore business prospects and for vacation, and also take with him few business affiliates who would wish to invest in Fiji.