Fiji’s Foreign Affairs Minister, Ratu Inoke Kubuabola met with his Russian counterpart, Minister Sergey Lavrov in Moscow on Friday 27th June 2014. This was the first time for Minister Kubuabola to visit Moscow and the meeting was a follow up to the inaugural visit there by Fiji’s Prime Minister in June 2013. The two Ministers discussed ways they would help each other out bilaterally. They discussed important issues that ranged from bilateral and trade, humanitarian aid and election preparation. 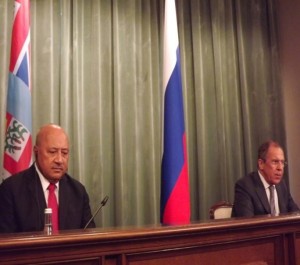 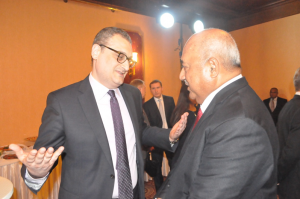 Fiji and Russia has vowed to strengthen their relation and raise it to greater heights after realizing that there’s still other areas they could explore and expand on. The relationship between the two countries dated back to the 19th century when two Russian seafarers Mikhail Lazarev and Fabian Gottlieb von Bellingshausen visited the Ono in the Lau Group, a Ministry of Information statement said.

Mr Lavrov said that warm and friendly ties between their people and Fiji had been established based on their diaries. The two ministers revised the course of the agreements which were reached during the official visit of the Prime Minister Rear Admiral (Ret) Voreqe  Bainimarama to Russia in June last year. They also further explored topical international issues such as the commitment to further strengthen cooperation in the UN, including on peacekeeping duties. In this connection, Minister Lavrov spoke highly of Fiji’s contribution to peacekeeping operations around the globe where Fiji has accumulated gigantic experience in the area. On a particular note, he also commended the Fiji Military Forces currently the largest in the UN operation on the Golan Heights in which Russia is trying to equip them with light weapons other necessary equipment. Furthermore, the two leaders vowed to provide a coordinated approach when preparing resolutions of the UN Assembly.

The Minister’s program in Moscow culminated in him hosting a reception at the President Hotel to celebrate the 40th anniversary of diplomatic relations between Fiji and Russia. Attended to by Russian Senior Government Officials, Diplomats and Businessmen the event was another opportunity for Minister Kubuabola to thank the government and the people of Russia for their support for Fiji. The Kabu Ni Vanua Cultural Group all the way from Fiji entertained those in attendance with live traditional dances and songs. Minister’s delegation departed Moscow again on Saturday, 28 June and on the same day First Secretary Jovesa Vocea with the Kabu Ni Vanua Cultural Group travelled to Krasnoyarsk to take part in the IV Asia –Pacific Music Festival. 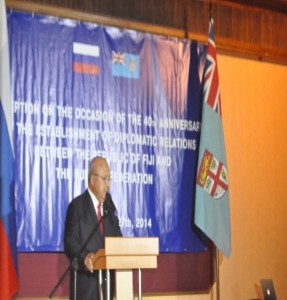 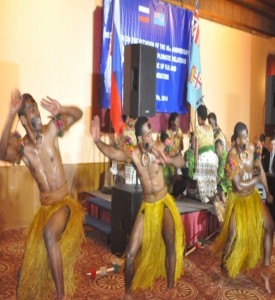