The Government and the Ministry of Culture of the Krasnoyarsk region, the Krasnoyarsk City Administration with the support of the Ministry of Culture of the Russian Federation and assistance of the Ministry of Foreign Affairs of the Russian Federation were able to organize and facilitate the IV Krasnoyarsk International Music Festival of the Asia-Pacific region which was held in Krasnoyarsk City from 27 June to 4 July 2014. The Krasnoyarsk region is among the richest and most unique regions of Russia in historical and cultural field and again it hosts musicians, artists, choreographers and dancers from the Asia-Pacific countries, the Siberian and Far Eastern Federal District of Russia. The aim of the Festival is to present a multi-faceted map of the Asia-Pacific region, to create an atmosphere of mutual understanding and tolerance, devoid of conventions and stereotype in order to further mutual enrichment of cultures and development of new forms of intellectual dialogue. It establishes the bridges of friendship, mutual understanding and creative cooperation between representatives from different countries. 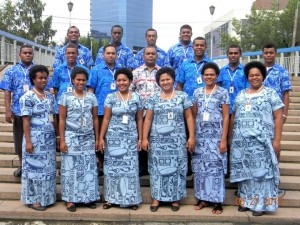 A total of thirty [30] countries within the Asia-Pacific Region were invited to participate in this year’s event and the furthest and also for the first time to participate in was Fiji, represented by the Kabu Ni Vanua Cultural Group. A traditional dance group of the Conservatorium of Music in Fiji, the group has participated in numerous performances in Fiji and other countries and has won many National Traditional Dance Festivals and has participated in many National, Regional and World Festivals. The pinnacle of their international exposure was when they were given the opportunity to perform in the prestigious Oprah Winfrey Show in the United States. There were sixteen [16] members of the group led by the Director of Fiji Arts Council and also the Director of the group, Master Laisiasa Veikoso. Expenses for the group were paid for by the Government of the Russian Federation, with the local component of their travels and accommodation being catered for the Festival Administration committee in Krasnoyarsk.

The group first stopped over was in Moscow to participate in the reception to mark the 40th Anniversary of Diplomatic Relations between the Russian Federation and Fiji which was hosted by the Minister for Foreign Affairs and International Cooperation in Fiji, Ratu Inoke Kubuabola at the President Hotel on Friday evening, 27 June 2014. First Secretary of the Fiji Embassy in Tokyo, Mr Jovesa Vocea accompanied the group to Krasnoyarsk and they departed from Moscow on Saturday, 28 June 2014. Arriving in Krasnoyarsk on Sunday morning 29 June, the group spent only a few hours to check-in their luggage at their hotel before they performed in front of a packed crowd at the Great Concert Hall, the main arena where the festival has been staged. 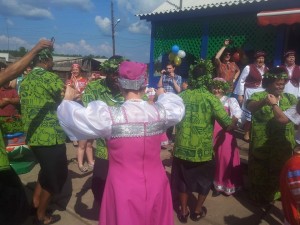 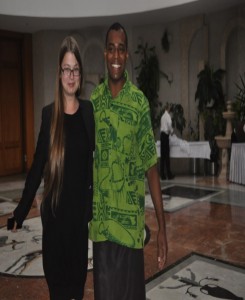